One event down... next one in the planning stages! 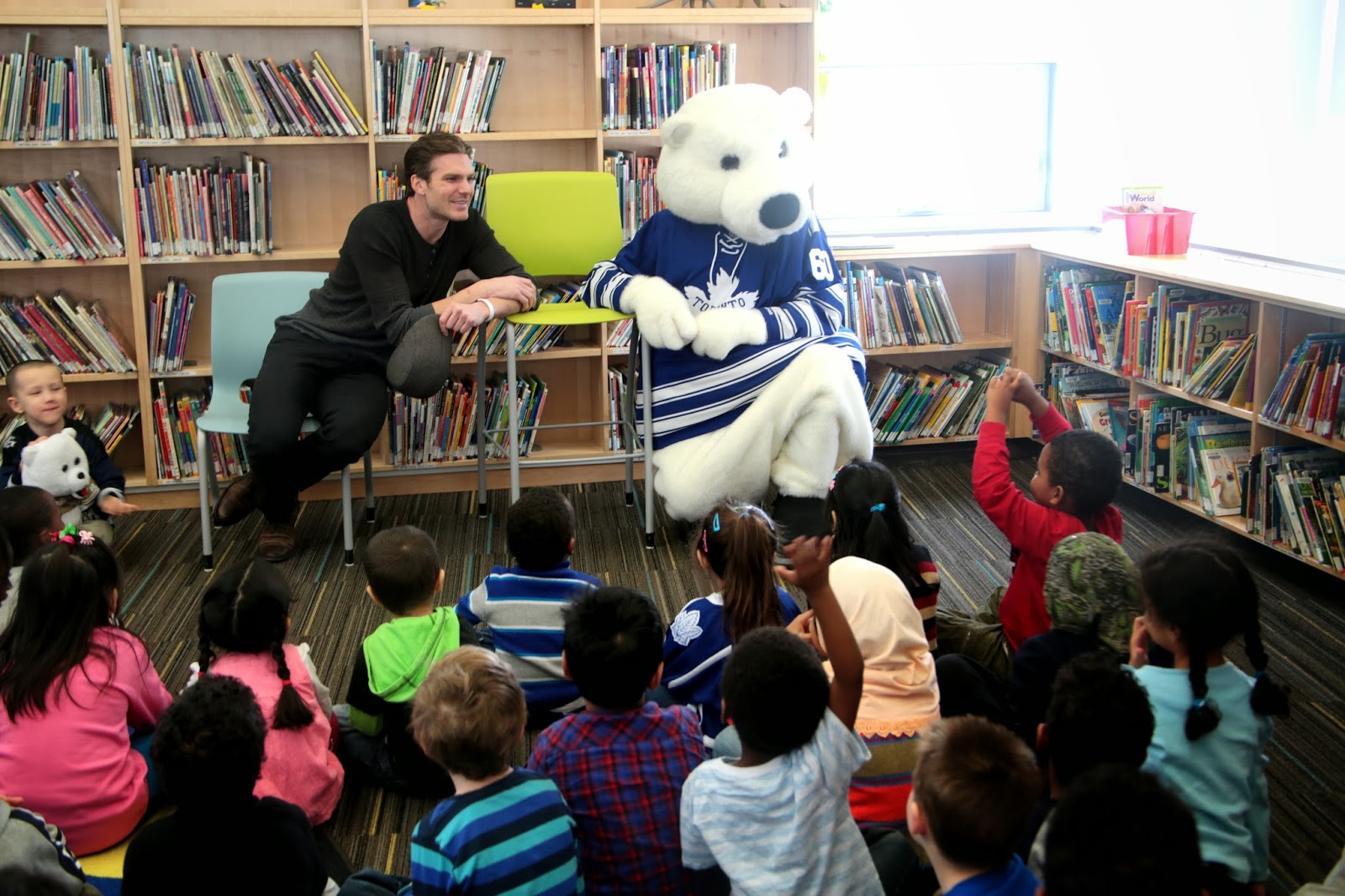 Yesterday we hosted an event at Nelson Mandela Park public school to raise awareness for Congenital Heart Defects (CHD) and to help raise money for the Cardiac Kids. It was AWESOME! Carlton and David Clarkson of the Toronto Maple Leafs showed up to say thank you on behalf of Cardiac Kids. Josh played the role of Cardiac kid ambassador... and 'hall buddy' for Carlton. (In Primary school you walk through the halls holding hands with your 'buddy'.)

The whole morning was really awesome. Carlton was a hit with the kids and David Clarkson was there to sign jersey's and answer hockey questions.

When we were leaving I thought to myself 'it was fun, great even, but I don't know if they will remember anything past the Leafs... HOWEVER. When I picked up Kaleb from school a little girl called out to me and said 'I hope Kaleb's brothers heart gets better quickly'. So the message made it to some of the kids and for that I am so grateful! It all starts with knowledge and I think yesterday these kids learned something. The raffle will continue all week, we have leafs tickets, a jersey, a few baskets with toys and a family movie package. I have a feeling we will raise some nice money. (I know I want that jersey!).

I wanted to write a public thank you, to Nelson Mandela Park for hosting us, to Cardiac Kids (Meghan) for helping me with the project, and of course to David and Carlton for being willing to spend their morning with us! The kids really loved the break in routine and were apparently talking about it all day long! 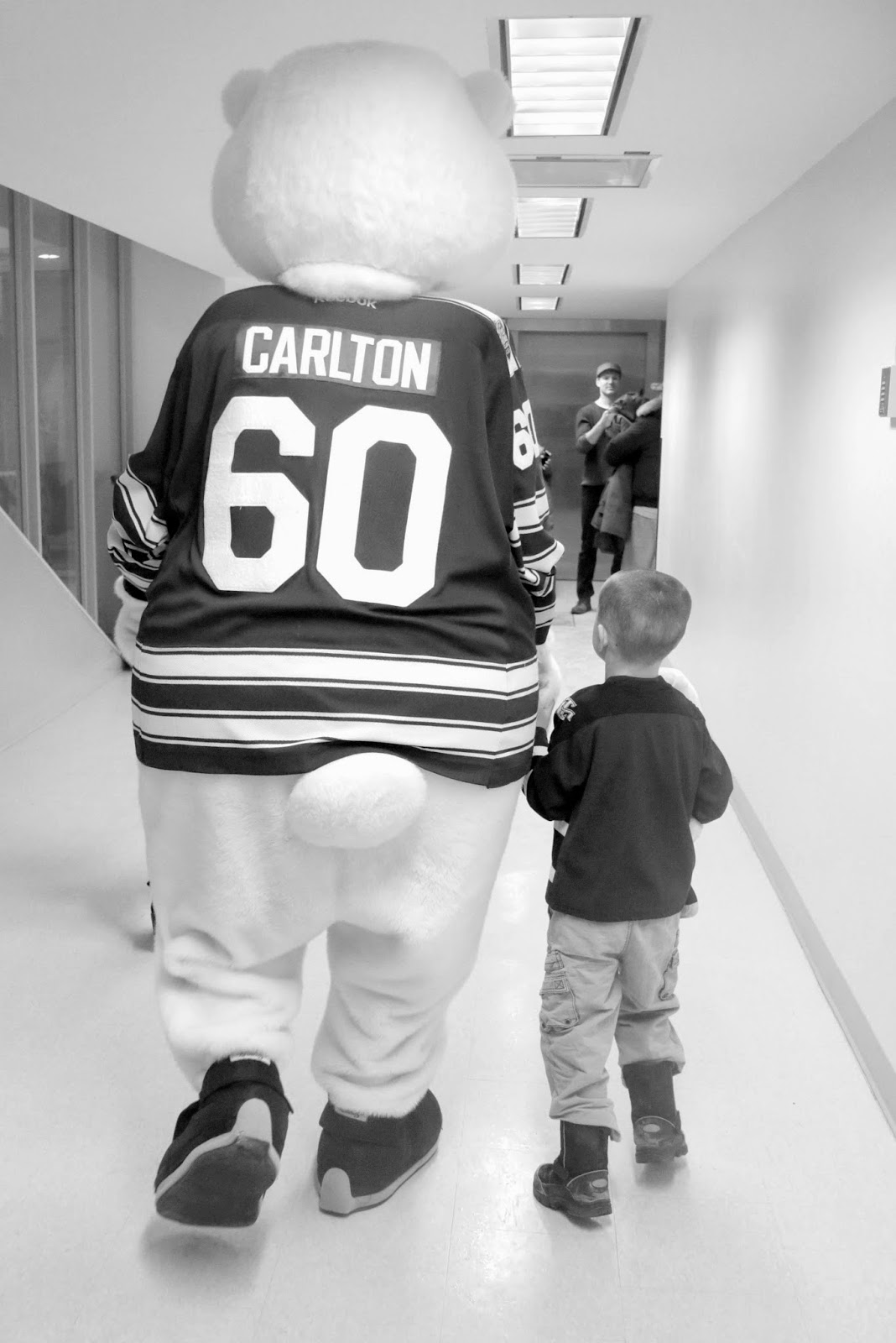 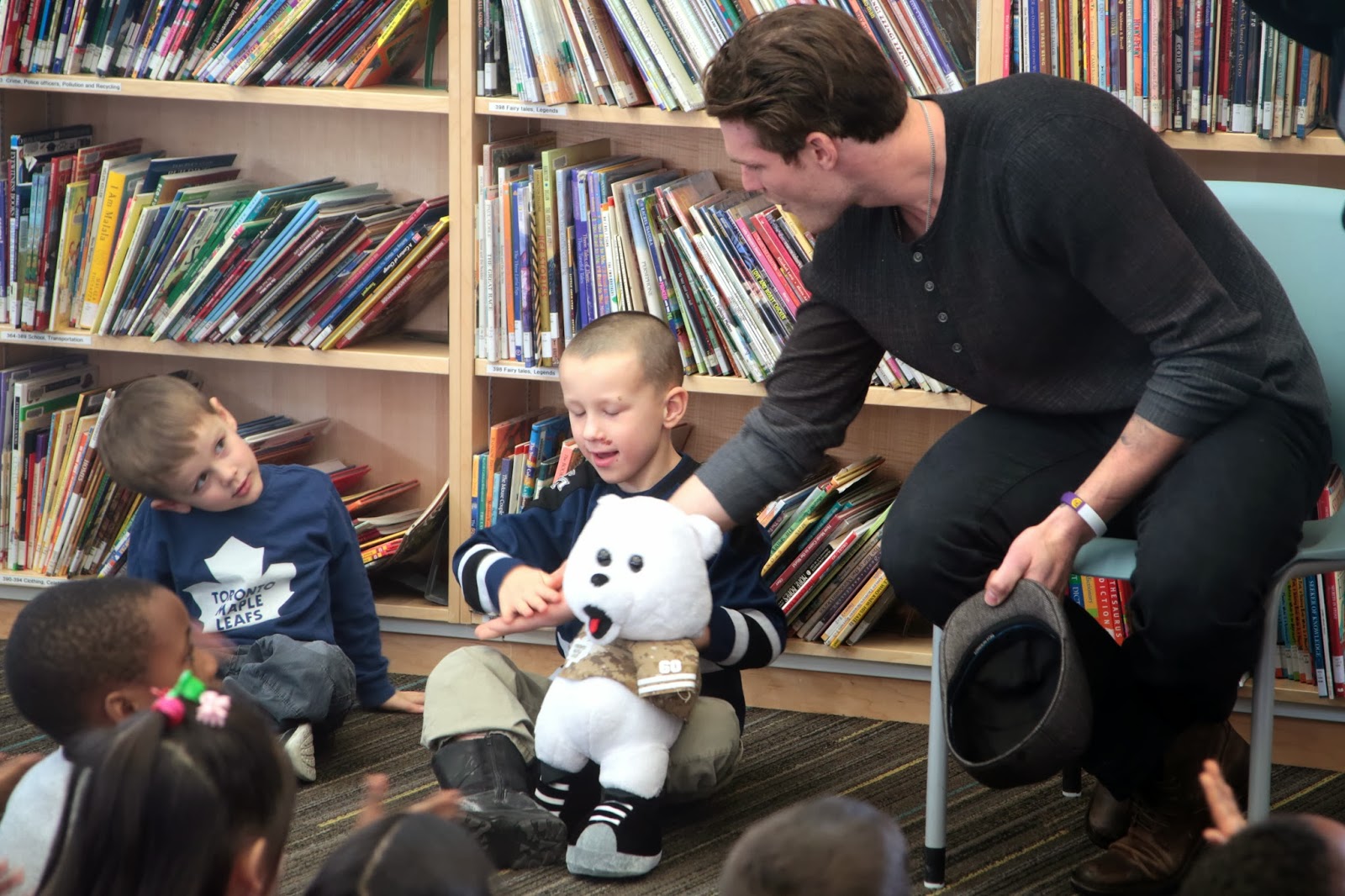 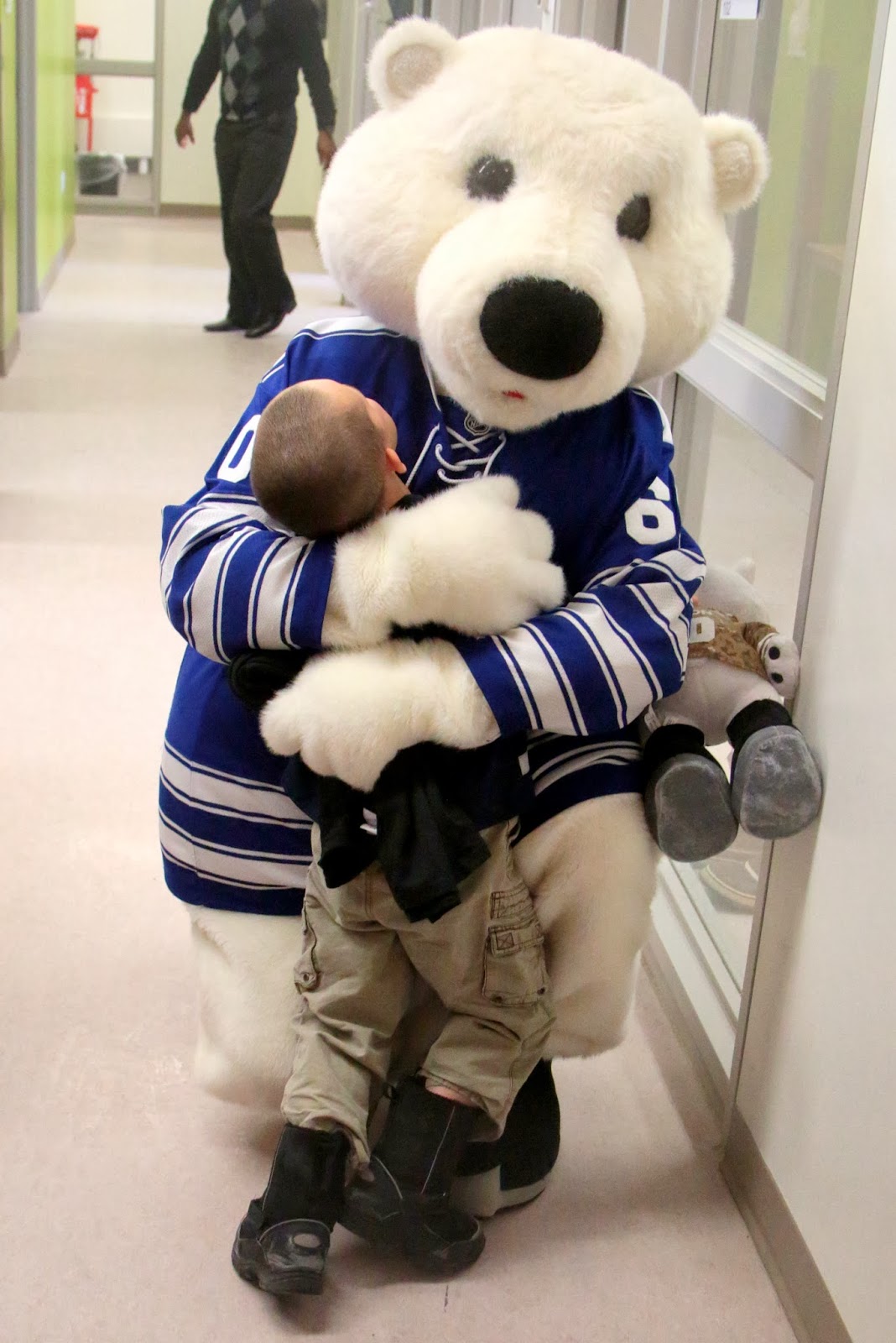 Through the Lens of Motherhood 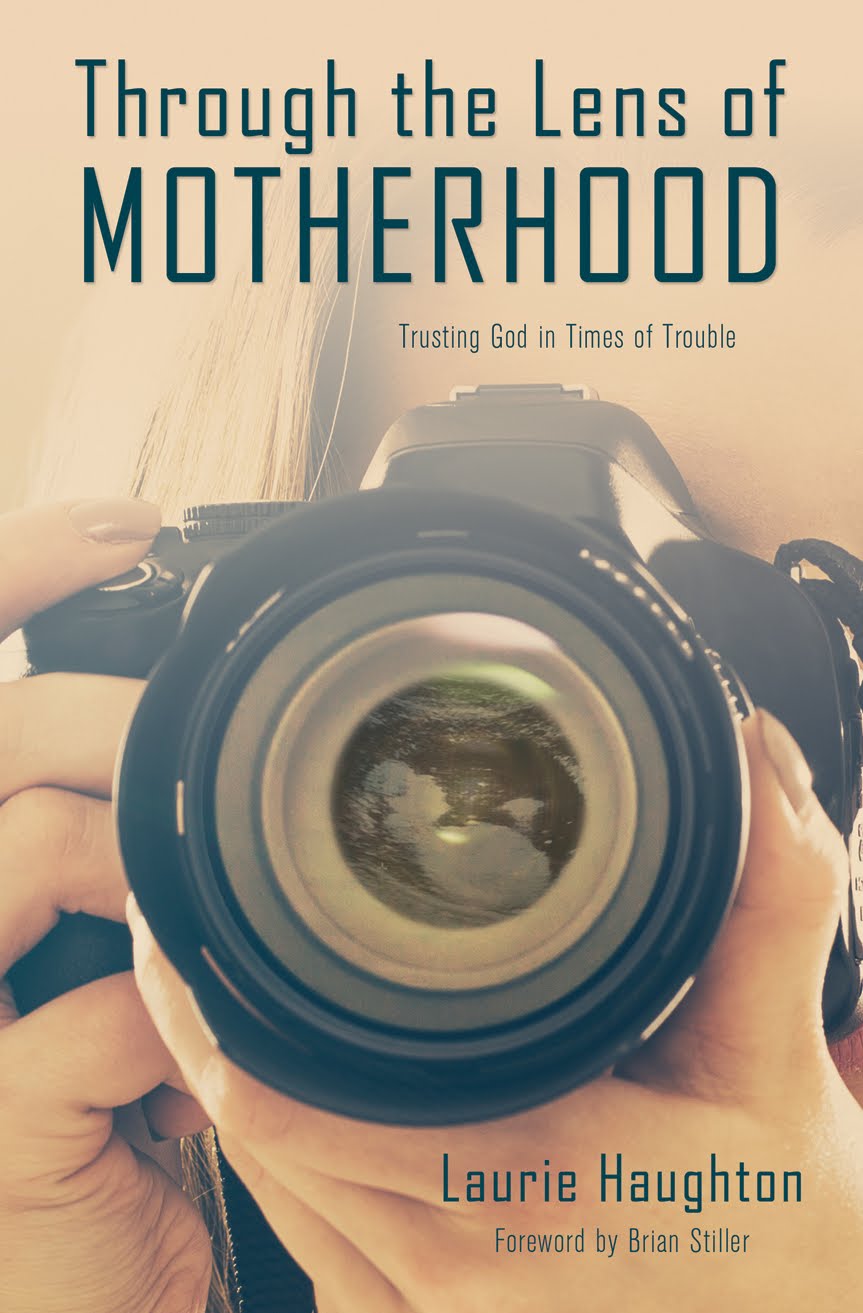 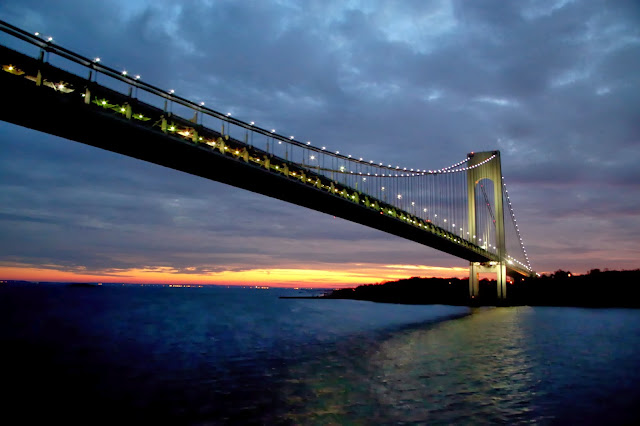